The standard logic is that rising bull markets are where money is made. It’s easy to see why. They tend to be more even paced, and thus more predictable day to day than bear markets. But increasingly the attraction of falling markets is also being recognised. In a derivative-based investment culture, the direction of travel becomes of secondary importance to the fact of travel per se. And there is growing talk of a serious downturn in 2015. 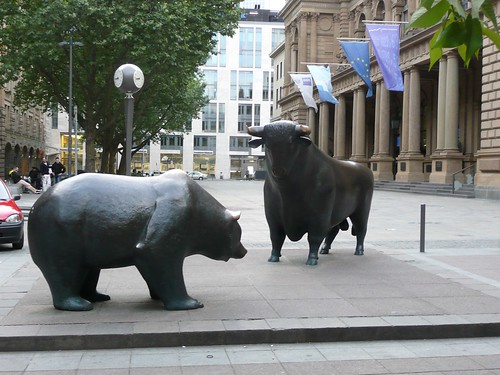 In other words, as long as there is volatility in the market, there is scope to exploit that movement. Traditionally this has been an expensive - perhaps prohibitively expensive - way to invest in a bear market. For all but the best resourced investors, selling in a falling market, only to buy back in at a lower price, is fraught with risk. At the same time, for those of more limited means, it can quickly pile up fees and commissions. It’s much easier - and safer - to just hunker down, let the storm blow over and let someone else deal with the risk. 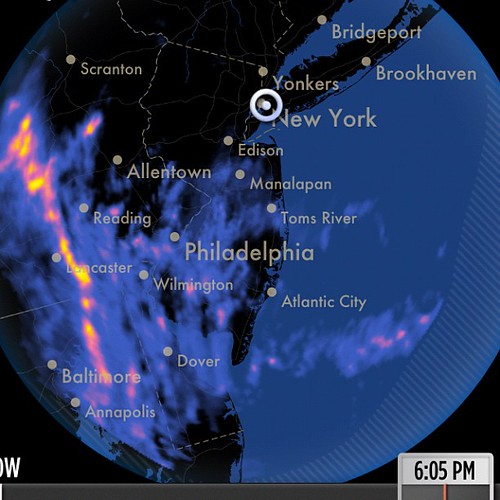 Taking a step back
But once you start to take a step back from the market and deal in derivatives, things get a whole lot more exciting. By simply riding on the back of market moves and using a specialist financial spread betting firm such as Tradefair it is possible to:


This is not to say that Tradefair betting is risk free - it most certainly is not. But having made the calculation as to the direction of market travel, it is a sure fire-way to capitalise on a correct assessment of a downturn. Risk is the corollary to an investment return, after all.

A further advantage of such a derivative-based investment vehicle is that a potential loss can be mitigated extremely quickly. Investors are connected directly to the market by a sophisticated highly user-friendly range of software applications. It means they have live control over their exposure. There is no delay in enacting a trade.

More reassuringly, the software offered by all the major providers allows the pre-selection of a range of stop options - positive and negative - that effectively automate an exit at a predetermined point.

Simple enactment
The mechanics of a Financial Spread bet are strikingly simple. They have been known in the City as ‘contracts for difference’ for a long time. How it works is that an investor, once he has selected a market, an index or a stock that he wants to take a position on, then determines which direction he thinks that market price is likely to move - either up or down.

Once he has made that decision, the investor then places a bet to the value of his choosing. But this is not an ordinary bet in the sense of the word. Rather than a simple win-draw-lose equation, the investor’s stake is now tied to the level of the market. For every point the market moves, the winning investor will win a multiple of his stake.

There is what amounts to a bid/offer spread built into the calculation, so the stock will have to move by a predetermined amount before it starts to accumulate those multiples. But this is only ever a couple of points either way. It is on this basis that no commissions or fees are levied. The ‘spread’ thus balances the market makers’ own exposure to winning bets.

The standard logic is that falling markets are bad news. That may be true for those who invest directly in such mechanisms, but for those who are brave enough to operate on the sidelines the derivative-based nature of financial spread betting means that a falling market can be every bit as profitable as one on the up. All it takes is the right insight and the courage of your convictions.
Posted by pfstock at 10:05 AM 0 comments

Hot Industries in a Volatile Market

The stock market can be really troublesome sometimes. There is a general notion that, when everyone is winning, you should be wining as well. This is a really simple rule when the market is good. All you need to do is find a country with a high growth and make a solid portfolio with stocks which are representing different industries. However you put it, you will have solid returns during next few years. The issue arises when the market is bad. In this situation we usually ask ourselves, is it even worth investing? The answer is resounding yes. Where others see danger, you should see an opportunity. But, in these cases the strategy changes. You shouldn't bet on the market itself, simply because you don’t know what to expect. You should bet on companies and industries which are potentially profitable. Here is some of our advice.

The global population is slowly getting older. In most cases, the service provided by local hospital or online drugstore is on such a high level, that the people are completely taken care of. This means that the older we get, the more support we will need. Entire private, medical sector is on enormous rise. It will probably be this way in future unless something changes drastically. Big part of that sector is your favourite online pharmacy. Like all the other businesses, this one also strives to become connected to internet and provide best supply in least time possible.

Businesses that can relate to previous paragraph are healthy life and healthy food. It is a simple fact; we want to live longer and better. This is why everyone is trying to eat healthy, unprocessed food. There are many restaurants with raw menu being opened all over the world. As if that wasn't enough, many gyms are providing yoga and pilates classes instead of your usual body building or karate. This trend can be even seen in the movies, where slender men get advantage in comparison to muscular ones. This is why, everything related to healthy life and better living will bring in big profits in future.

As the global market changes, we become more intertwined. The transit and trade between the countries have become enormous. We, as a planet, strive to eliminate all the national borders. European Union is a good example. Many nations are a part of it, and with each new member, the need for translators and other linguist services increases. This is the same practice with multinational companies. Although English is the dominant language in most of these companies, the management still needs to sell products and services to local people. So, different linguist services within the company are a must.

Similarly to your online pharmacy, your local farmer has decided to take its business online. This means that there is much more IT programs which are designed for this industry. Modernization and automation are future of this business. Given the predicted deficit of the food in the world, agriculture will play a big part in future economy. Similarly to that, all the other companies are doing their best to improve their systems and take their business online. Another good example are government institutions.

Stock market is all about prediction. If we realize on time what will be profitable in future, we can make major profit and ensure that our investment will be safe and sound.
Posted by pfstock at 11:00 AM 1 comments