How to Get Rich for Free

A fellow personal finance blogger, Barbara Friedberg, has recently published a new book called How To Get Rich: Wealth Building Guide for the Financially Illiterate

. It is a basic personal finance text that seems really good for people who are just getting out of debt, or starting to save money and accumulate wealth.

Best of all, Barbara let me know that from now until May 5, 2013, she is offering the Amazon Kindle

version of her book for free. I think that the regular price is $4.99. To get your free Ebook, just click on the link and choose the Kindle version.

Note that you will need an Amazon

account to take advantage of this offer. If you don't have a Kindle, you can still read it online using the Kindle Cloud Reader.

The U.S. housing market has been on a tear similar to the housing bubble a decade ago. Home prices rose by an impressive 10.2 percent from February 2012 to 2013, the largest year-to-year ascent since 2006. Homes sales in February reached levels not seen since 2010, primarily due to investors. Houston in particular was a seller's market in 2012, with 75,000 homes changing hands, the most since 2007, according to the Houston Association of Realtors.

The factors driving these market conditions today, and those of 2006, are producing the same results, but with contrasting methodologies. Though the mechanisms driving this apparent economic recovery in 2013 are different, the end result could be the same as it was six years ago. 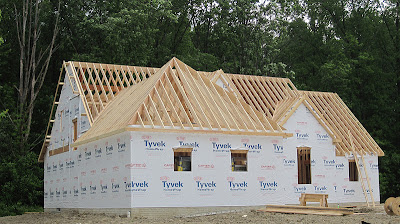 Restrictions On Credit
From 2002 to 2006, virtually anybody with a pulse could apply for a mortgage and be approved without providing any statements of income or employment. A subprime mortgage was generally known as a loan extended to a borrower with a credit score below 620. Different lending institutions would hedge the individual risk by extending the loan with terms that are now deemed "predatory."

For instance, an individual with a 550 credit score in 2004 would easily qualify for an ARM (adjustable-rate mortgage) at just about any commercial banking institution. A 2/28 or 3/27 ARM would entice the first-time home buyer because the first two or three years of the mortgage would have a low fixed rate. What few subprime borrowers took into consideration (or simply were never told) was that the final 27 or 28 years of the loan would have adjustable payments that would be significantly higher than the "teaser" rate. But because homes were being purchased as fast as they were being constructed, the market flourished. The balloon payments, among other reasons, caused mass foreclosures and the market crashed by 2007.

The Federal Reserve changed its credit requirements for mortgages after 2008, in what was supposed to be reform to the system. The average FICO score for a mortgage applicant in 2012 was 734, according to a study by MortgageMarvel.com. California, one of the hardest-hit states for foreclosures in 2009, has the highest average FICO score for mortgage applicants today, at 755. Easy credit is a thing of the past, but a new bubble has arrived based on other criteria.

Quantitative Easing
The Federal Reserve began QE3 in September 2012, announcing it would buy (print) $85 billion per month in mortgage-backed securities and U.S. Treasurys, indefinitely. Housing prices have since been on a continual rise, the Dow Jones and S&P 500 both have broken single-day records, and interest rates remain below 1 percent. The one major difference between QE1 (November 2008 to March 2010) and QE3 is that the prices of precious metals have been declining since September. Gold traded for about $1,775 in October 2012, but closed at $1,551.80 on April 4, according to US Money Reserve. Contrarily, gold traded for as low as $712.30 in 2008 before skyrocketing to $1,889.70 in mid-2011.

The global currency wars of today are the likely culprit in dropping the prices of gold and silver, as the Federal Reserve was alone in its QE initiatives last decade. Today all of the major central banks in the world are following suit, and a global market correction is inevitable at some point. The more dollars that are pumped into the economy, the more the housing market will appear healthy. But just as subprime mortgages ultimately corrected the market with mass foreclosures, quantitative easing could ultimately debase the dollar to the point of hyperinflation.

All bubbles burst when they are inflated to maximum capacity. Americans have already seen what happens when market corrections take place. This time around, however, everyone should be more prepared.

About the Guest Author
Tricia Parsons is an economist and freelance writer. She writes for many finance journals and loves sharing her knowledge of finance with others.
Posted by pfstock at 6:30 AM 3 comments